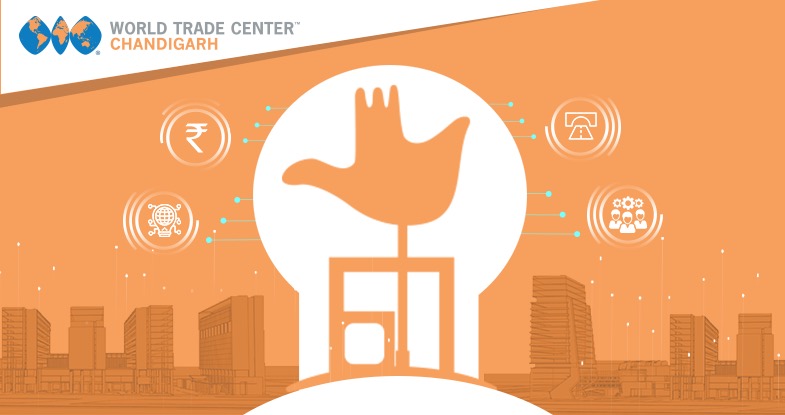 Chandigarh, also known as ‘The City Beautiful’ is the capital city of the two neighboring states of Punjab & Haryana. The city has gained international acclaim for its infrastructure and urban design. It is one of the early planned cities in post-independence India and recently the city of Chandigarh took a huge leap forward with the roll-out of six key smart city projects.

It is not only a well-planned city with wide roads but also the third cleanest city in India (as per a Swachh Bharat survey). It is one of the few cities that have large green spaces and good connectivity via road, rail, and air. There is a proposal for setting up a monorail network to cater to the rising transport needs of the city.

The Delhi-Chandigarh corridor connects the city seamlessly to the National Capital and well-connected international airport makes it an ideal location for setting up businesses. It also tops the ranking when it comes to the quality of life, the Human Development Index, and e-readiness.

Talking about ease of setting up business, the state of Haryana ranked #1 for ease of doing business by 100% implementation of the reforms. There is a presence of 2900 small-scale and 15 large & medium scale units in Chandigarh. Uninterrupted power is one of the key requirements for any type of business and Chandigarh scores big in this area with its long-term tie-ups with all the Power Corporations.

It ranks 11 and has a score of ‘A’ for FY2018-19 in SARAL (State Rooftop Solar Attractiveness Index), a platform that provides insights on the state’s readiness for implementation of Rooftop Solar Photo Voltaic (PV) power station. The key officials in the city are already in touch with foreign companies for harnessing the advantages of Solar Energy, including setting up of plants for the manufacturing of Solar Photovoltaic Cells. There are on-going discussions with GAIL for setting up a dedicated gas pipeline for a 250 MW power plant.

With a best-in-class infrastructure, there is an upsurge in the number of IT & ITES companies willing to set up their offices in the city. Rajiv Gandhi Chandigarh Technology Park (RGCTP) which was set up in 2005 is the largest software exporter in the city. This SEZ (Special Economic Zone) hosts 200+ companies with direct employment being provided to more than 20,000 professionals.

The region not only has one of the finest eco-systems which is required by the IT firms but also has lower operating costs when compared to major metro cities. This makes it one of the top-10 cities in the country as far as IT & ITES is concerned.

The government is also taking encouraging steps to boost the growth of IT in the city by coming up with favorable policies for companies (large-scale enterprises & startups). Chandigarh is slowly emerging as one of the preferred locations for starting up as there is a well-established entrepreneurial infrastructure with presence of Chandigarh Startup Accelerator Chamber of Commerce (SACC), The Entrepreneur Development Centre (EDC) in IT Park, Chandigarh Chapter of TIE (The Indus entrepreneurs), Startup in a Box, etc. in the city. Startup Punjab, Angel Investors, and Venture Capitalists are lending their support to the entrepreneurs based out of Chandigarh & other cities in Punjab (Source).

Apart from the booming IT industry, businesses in sectors like plastics, machine tools, electronics, etc. are also present in the city.

There is no dearth of skilled manpower as it can be sourced from states like Punjab, Haryana, and Himachal Pradesh. The Chandigarh administration has also rolled out the C-TOSS (Chandigarh Training on Soft Skills) to improve the IT skills at the grassroots level i.e. school and college levels. In totality, there are 5 government colleges, 6 private colleges, and 10 AICTE approved Engineering colleges. Some of the reputed colleges in the city are The College of Commerce and Business Administration, Indian business School, National Agri-Food Biotechnology Institute, Industrial Training Institute, etc.

Well-planned infrastructure with varied connectivity options, good educational institutions, flourishing tourism interest, booming real-estate sector, initiatives by government & business bodies like CII, and rapidly expanding IT industry are some of the factors that make investing in Chandigarh a lucrative option. Chandigarh has already attracted interest from foreign investors and has received the eighth highest FDI inflows in India (Source).

World Trade Centers (WTC) have always played a pivotal role in the economic growth of the regions they serve. World Trade Center Association (WTCA) has a presence in more than 323 cities & 88 countries and connects 1 million businesses.

WTC Chandigarh will be a dynamic centre of business for the tri-city area in the future.
There is immense opportunity to tap the international market by collaborating with other global WTC network members. It also provides an opportunity for the global WTC members to tap into the local business & entrepreneurial eco-system by connecting with the local WTC members.

The city of Chandigarh has the potential to become one of the leading business & IT hubs in India as it has all the right cards i.e. infrastructure, education, connectivity, grassroots level support, etc. that works in its favor!

Get regular updates on WTC Chandigarh 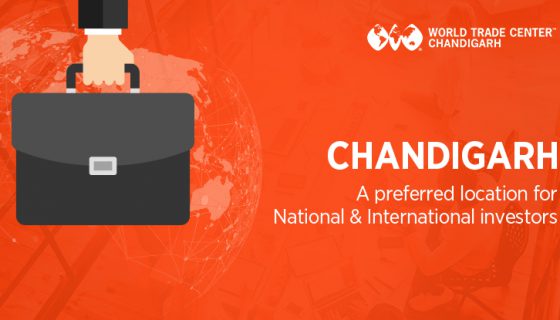 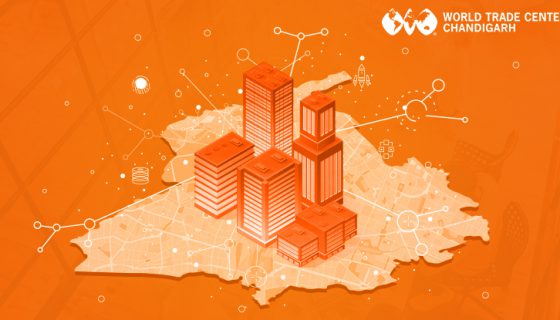 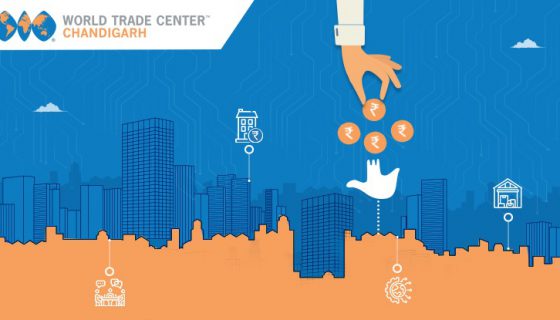 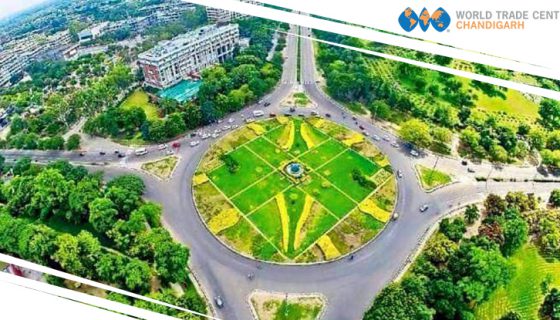